In a previous post, we’ve talked about some great dishes for vegetarians visiting Thailand. However, what if you want to take it a step further? Fortunately, as much as Thai people generally enjoy their meaty dishes, you can find some great vegan options in Phuket Thai restaurants. Here are some of the best dishes which cut out any and all animal products. Most are pretty heavy in carbohydrates, making them good sources of energy, too.

A particular favourite in Phuket, the usual preparation of this spicy soup is with prawns. However, the mushroom version is widely available. The herbs – especially the lemongrass – give the flavour a big citrus hit which, combined with the heat from the chillies, make it one of the most popular dishes in Thailand.

This dish is especially popular with locals and is only just starting to gain popularity with tourists. You’ll certainly find this iconic Thai salad available in most Phuket Thai restaurants, along with plenty of other variations. The flavour really hits the extremes of both sweet and sour, with soy sauce adding a salty touch, too. You need to be sure that the chef uses soy sauce, though, as fish sauce is the more popular option and it’s obviously not vegan-friendly.

This is one of the simpler dishes, but is very tasty and moreish. Put simply, it’s just noodles stir-fried in soy sauce, though it has quite a sweet flavour. Fortunately, as soy sauce is an integral part of the recipe, it’s rare for the chef to use fish sauce. However, egg is also a common addition, so be sure to make it clear that you don’t want any when you’re ordering.

You might have to go looking for the more local Phuket Thai restaurants to find this dish as it’s not often available in the more luxurious, tourist-friendly places. It’s a very hearty dish of rice noodles in a gravy-like soup, which makes a very tasty, filling lunch. While it is often served with meat, asking for a veggie version will provide you with a great vegan dish since the base form uses no animal products.

It’s a tourist classic, usually served in a a hollowed out pineapple for that extra Instagram value, but it’s undeniably tasty. The pineapple chunks add a lot of sweetness to this simple savoury dish while the cashew nuts add a bit of crunch, as well as some fat and protein. 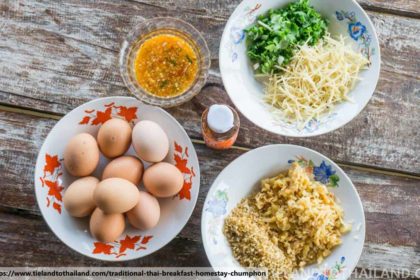 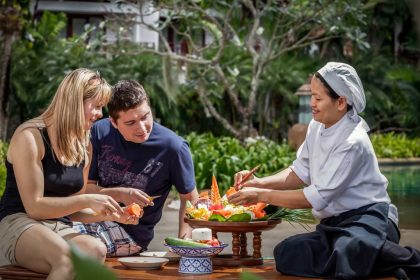 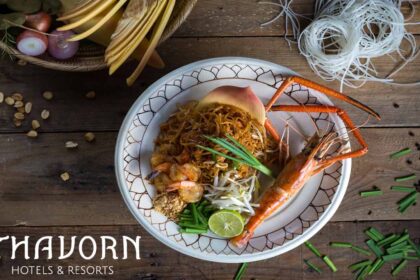